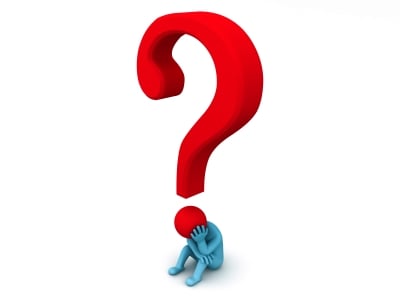 While the symptoms of what’s been labeled as fibromyalgia are very real, the cause of this painful syndrome remains unknown. Yet today’s physicians pass the diagnosis out to their patients like candy. When this happens, it usually means your doctor has given up on trying to find out why your body is crying out to you. But that doesn’t mean you have to give up.

Fibromyalgia is simply a term the medical industry came up with to describe a condition wherein a patient complains of chronic, wide-spread pain throughout the muscles, joints, tendons, and other soft tissues. However, routine labs and other workups don’t reveal any underlying medical problems. So essentially it’s a fancy way for a doctor to say, “I don’t know what’s wrong with you.”

But fibromyalgia isn’t limited to body aches and pains alone. There are a number of other common symptoms associated with fibromyalgia, including:

In an attempt to explain the symptoms associated with fibromyalgia, some medical experts have suggested it relates to abnormal pain responses within the brain. Others propose it may be the result of an infection caused by a virus. However, there is currently no evidence to support either of these theories.

What’s interesting about the symptoms associated with fibromyalgia is that they are practically identical to those of adrenal fatigue. Yet traditional doctors rarely run labs specific to adrenal function.

Like fibromyalgia, chronic stress is a common trigger of symptoms of adrenal fatigue. What starts off as stress can turn into physical symptoms that can exacerbate the strain that the body is already under. The result can be a vicious cycle that worsens your symptoms over time, robbing you of your body’s energy and health. But unlike the bleak outlook of fibromyalgia, adrenal fatigue can be reversed and the symptoms of the condition completely eliminated.

If you’ve been handed the diagnosis of fibromyalgia or been told there’s no explanation for your continued pain, fatigue, or other chronic symptoms, it’s certainly worth having adrenal and other hormone function testing performed if they haven’t already been done. In working up my clients, it’s not uncommon for lab results to reveal an imbalance in one or more of their vital body systems—imbalances that relate directly to their symptoms.

Knowing what’s out of whack up front is the key to determining what you need to reverse your symptomatology and restore balance and good health back to your body. So if you’re not ready to accept fibromyalgia as an answer, don’t give up. Make an appointment with me so that I can discuss with you some further testing that can be done that may help uncover the hidden source of your symptoms.