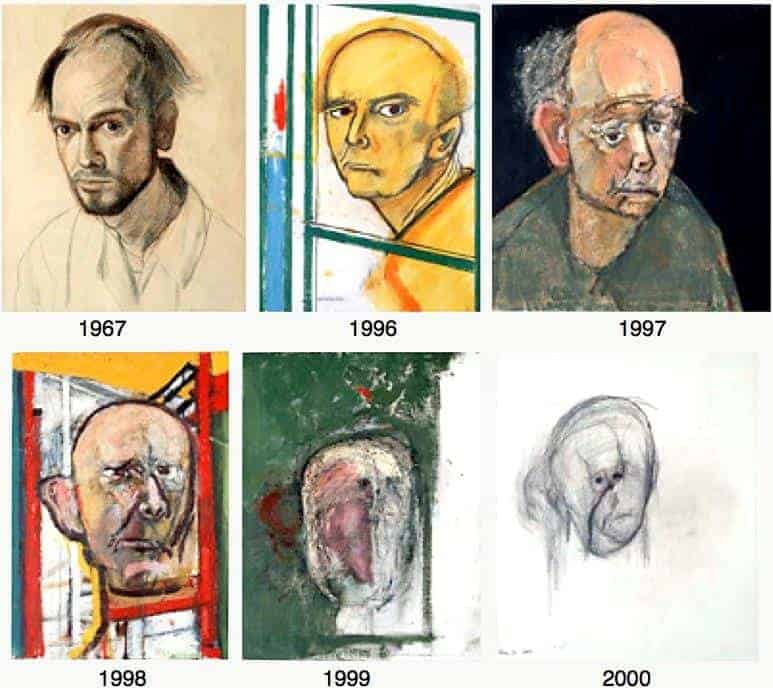 In honor of National Alzheimer’s Disease and Awareness Month this November, this blog post is a departure from my usual topics of burnout and adrenal fatigue.

Every once in a while when I think of my favorite uncle I think about the warmth, safety, and unconditional love he offered.  Some of my favorite memories are when I was enjoying a motorcycle ride with him. These rides started when I was about 3 years old (much too young in my mother’s opinion) and I rode on the gas tank in front of him.  I remember his patient answers to my incessant questions about what all the lights and buttons were for.  I remember that I would only have to suggest that we stop for ice cream and my wish was his command.

As I got older I enjoyed the rides even more than when I was a child.  Spending time with him was a special treat, and motorcycle rides were a way to spend time with him alone.  Many times I had assured him that I was never too old for a motorcycle ride; but about 10 years ago I realized that he was getting too old.

The phrase “to know him is to love him” was invented for this guy.  He has the gift of seeing people exactly as they are—and accepting and loving them for it (or in spite of it, as the case may be).  He knew that life was for enjoying, and he took every opportunity to enjoy life.

This is why his diagnosis of Alzheimer’s disease was such a tragic blow.

For a few years before we knew about the Alzheimer’s, he would periodically lament that he wasn’t the hero anymore.  Things he had previously been able to do with ease were no longer possible.  We all chalked this up to the aging process, but still it was difficult to see his abilities fading in front of him.

He and my aunt spend the winter in Texas.  On one of my visits to sunny Texas a few years ago, we were coming home from dinner and nearly had tragedy strike.  My uncle was driving us home and was stopped at a stop sign.  He began to pull into the intersection; from the backseat all I could do was gasp—there was a pedestrian directly in front of the car.  He stopped in plenty of time and no one was hurt.  However, it was clear that not everyone was alright.

This was apparently not the first indication that something wasn’t right.  Eventually his neurologist diagnosed him with Alzheimer’s.  We all knew what it meant, but you can never really prepare for it.  Each time I visited I saw him fade a little bit more.  I saw him struggle to remember people, and then saw him struggle to pretend that he remembered people.

Even though intellectually I knew that this is how it would go, a part of me never really believed that he would forget me.  Crazy, I know.  This horrible disease is like something out of a science fiction novel.  The hero of the story fades into another world and leaves a shell of his former self in this world.  The worst part of it is that he can see it happening, too.

A picture is worth a thousand words

My cousin found a picture that shows better than I could explain in words how he has faded from our lives and we from his.  What is the lesson?  I don’t think that there is one.  What I do know for sure is that he has gone from a fully fleshed-out man with color, shading, substance, form and nuance to a quick gesture drawing of his former self.  It is one of the saddest things in the world.

“The late self-portraits of William Utermohlen, chronicling his descent into Alzheimer’s disease, have been widely exhibited in the United States and Europe. While other artists of great stature have reportedly suffered from Alzheimer’s disease no one has been able to capture the personal experience of dementia in such an articulate and powerful manner.  Source: http://www.williamutermohlen.org/”  Accessed March 2013.