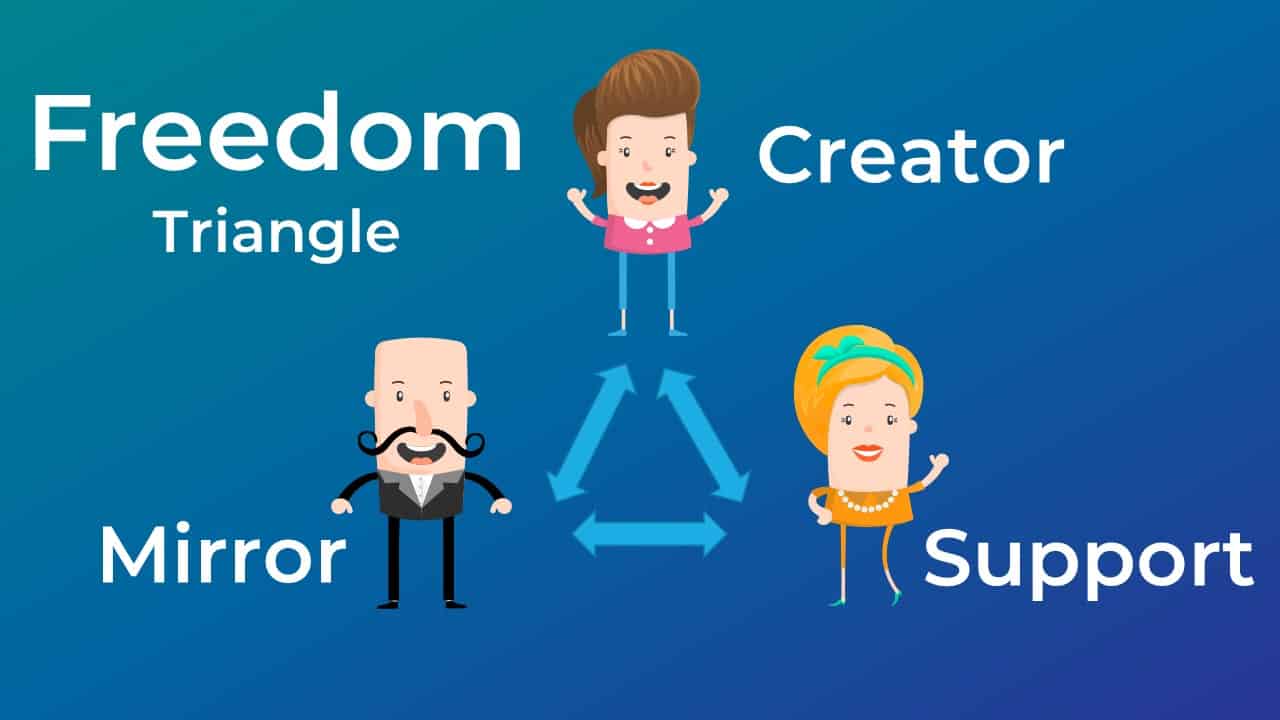 Hello, this is Dr. Heather Clark with the drama triangle.

This is a social model conceived by Dr. Stephen Karpman in the late 1960s, that’s been adapted to help define the conflict roles people
take and switch between.

Take someone in a conflict situation. Under stress, one of the roles they may adopt is the victim role and fall into the helpless power dynamic,
where they take on other people’s problems and make other people’s feelings more important than their own freedom.

Or, under stress,they may take on the villain or persecutor role, where they shift blame to others to reduce stress and feel better. The villain is controlling,
angry, and tends to be superior.

Or they may take on the hero or rescuer role and they get to feel virtuous by helping people and, in fact, their self-worth is tied to helping people, and it feels awkward and guilty if they’re not rescuing.

Together, this is the drama triangle.

And the problem is this is dysfunctional, actually creates stress, and does harm to all involved.

The roles some people take and switch between in conflict are victim, villain, and hero.

And each role attracts the other roles like a magnet.

While everyone gets their unconscious needs met, no one truly benefits.

Spin the triangle and eliminate stress and drama.

No matter where you are, if you’re the victim, villain, or hero, you can spin the triangle and shift from victim to powerful creator of
your own experience, go from villain to mirror for your shadow, and move from hero into an empowering support role.

So what does it take to spin your triangle from the Drama Triangle to the Freedom Triangle?

Change the role you take in conflict situations and get rid of stress and drama.

Clear the obstacles in your way quickly and painlessly.

Spin your triangle from drama to freedom and get your life back.

Schedule with me at vibrantagain.com.